The prostituted districts of Paris 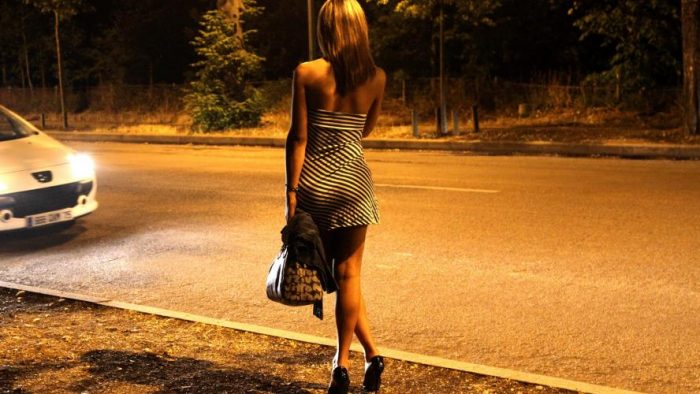 There are only 1 spots available

Prostitutes naturally crowd around Paris train stations, with travelers historically being good customers for sex workers. Today, in Paris, in some of these districts it is still possible to meet prostitutes but the fashion of whores at the exit of the stations of Paris is in very strong loss of speed.

Around the Gare de Lyon

Around the Gare de Lyon there are mainly street prostitutes who wander the small streets where there are cheap hotels. You can often find them around the rue de Lyon, the sex shop and the UGC but don't expect to be blown up. As soliciting is illegal, they are waiting to be accosted by clients who have recognized their profession by their attitude or their outfit. This corner will be especially suitable for people who do not look at quality, for impulse buying as they say in marketing.

The rue de la Gaité right next to the Gare Montparnasse is a mecca of Parisian nightlife. With its theatres, bars and sex shops, the place is very crowded in the evenings and at night. But if you are looking for prostitutes, you arrive a few years too late. The rare establishments such as massage parlours or Peep Show close down and you will not have much chance to meet a prostitute near the Gare Montparnasse.

The whores of Gare du Nord and Boulevard Barbès

Around the Gare du Nord, the Barbès district, Chateau Rouge, Poissoniers, Ordener is famous for hosting the cheapest prostitutes in Paris. Located near the poorest districts of the capital, the Gare du Nord sees beurettes, blacks and crack addicts settle on its outskirts desperate enough to accept any type of service at ridiculous rates. It is said that many STDs circulate in the neighborhood and that we must be very careful, condoms do not protect against all diseases. Attention also to plainclothes police officers who often walk in the neighborhood, we remind you that the use of prostitution should soon be penalized and that it will not be good to be caught in the company of a prostitute.

The Gare St Lazare was an important place of prostitution in Paris but it is clearly not what it used to be. You can still find a few prostitutes on the street of Budapest but they will mainly be women who have reached the fifties well packed.

The prostitutes of the woods of Paris (Boulogne / Vincennes) 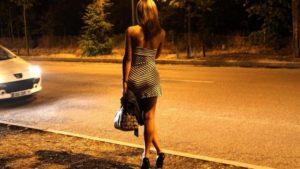 The Bois de Boulogne is one of the places in Paris most frequented by clients of prostitutes.

The 2 woods that border Paris, the Bois de Boulogne and the Bois de Vincennes, are very popular with prostitutes, day and night. In the 2 woods the operation is the same, you will find prostitutes with their own van and others receiving in tents. The police pass from time to time but ultimately more to protect the girls than to really punish clients and prostitutes. However, if you have the misfortune to be questioned you will have the right to a moral lesson that should make you pass the desire to pay for sex for a good time.

The whores of the Bois de Vincennes

In the Bois de Vincennes you will find mainly black prostitutes but Roma are also starting to settle. Being part of the network, Roma may be minors and you'd better avoid them. Customers usually drive by and take the girls to car parks in the surrounding towns, especially in Nogent. Some girls refuse to move and perform in the woods, against the trees. Quite creepy…

Latina and trans girls in the Bois de Boulogne

The Bois de Boulogne is known for its latinas. Women or transsexuals, the prostitutes of the Bois de Boulogne start their day around 2 pm and end it very late at night. The Latina camp, arriving in Boulogne just before the fire, is the place where you can find the most Latina prostitutes. Some girls are on the road but most of them are in the undergrowth. Among the alleys, the alley of Queen Margaret is probably the most frequented by prostitutes. Be careful though, the Bois de Boulogne is reserved for families on weekends, so this alley is pedestrian Saturday and Sunday. If you are looking for Romanian women go to the alley of Longchamp instead. If you are looking for trans people you will find them in the camp of the latinas or independent in the undergrowth. 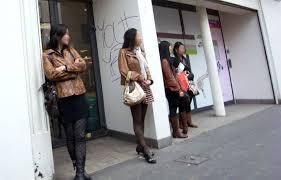 Asian prostitutes in Belleville are often victims of mafia networks.

In Paris, many Asians prostitute themselves. We have already talked about massage parlours with finishing, soft form of prostitution, but towards Belleville, Strasbourg St Denis and République you will find many walkers who often prostitute themselves in small apartments belonging to networks. They are among the cheapest prostitutes in Paris but their membership in networks exposes them (and exposes you) to police checks and we can only encourage you not to promote a form of modern slavery by financing macs that will not leave much to girls after making them pay a fortune for their trip to the France.

Where to find prostitutes at the gates of Paris?

The gates of Paris are very frequented by the prostitutes of Paris because they regroup, except in the 16th, the 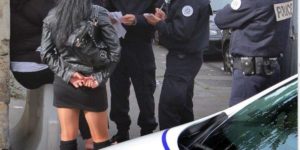 Everywhere in Paris prostitutes are closely monitored by the police.[ /caption] the most popular neighborhoods and therefore the populations most in search of money. Key links in this door prostitution, the boulevards maréchaux connecting the doors together are the most popular places for lovers of prostitutes on a budget. In particular, romanian women of uncertain age are quite often found towards the Porte de Clignancourt, the Porte de la Chapelle and Boulevard MacDonald. There are also drug addicts ready to do anything to pay for their crack door of the chapel, near the bowling alley. And overall at all the gates of Paris from the Porte Dorée to the Porte de Clichy you can find Romanian women and beurettes as desperate as they are desperate. You can also find some girls from the east precisely at the gates of the east of Paris but their presence is quite random. If despite the description that we have just given you are interested, know that you will necessarily need a car, customers on foot are not accepted.

The streets of prostitutes in Paris

Some streets of Paris have been known as landmarks for prostitutes sometimes for hundreds of years. The rue St Denis near Châtelet is well on the main street for prostitutes of the capital. With its sex shop, its theaters and its many prostitutes in the perpendiculars, it is THE red light district of Paris with Pigalle. Pigalle is also a neighborhood a little on the side at this level, the prostitutes being rather located towards the place de Clichy. [caption id=attachment_20263 align=alignright width=300] 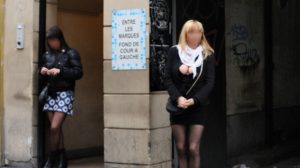 Rue St Denis is the historic district of prostitution in Paris

Bars with trainers will make you believe that you are dealing with prostitutes but this will not be the case, you will just have girls paid to make you spend as much as possible. On the other hand you can find a lot of massage parlors with finish. Between Paris and Bois de Boulogne, prostitutes are arranged between Avenue Foch, Porte Dauphine and Avenue Victor Hugo. There are 2 types of prostitutes. First those who are looking for the customer here but do not have accommodation where to take them. With them you will have to go to the forest as you would with a prostitute from the Bois de Boulogne. The 2nd option concerns girls living in the neighborhood and bringing their client up. They are on foot or by car. If they are in the car you will have to go up with her to get to their home, the opportunity to live the life of a prostitute for a moment 🙂 An intermediate 3rd option will take you to the Avenue Foch car park. Some girls take their customers to the 3rd and 4th basement for sauteries in their car or between 2 cars. Further north, the Avenue de Clichy will allow you to meet prostitutes mainly of the beurette type. At the base frequented by Asians, the corner La Fourche – Place de Clichy is now frequented by lovers of oriental physics. The services take place in the low-end hotels located in the neighborhood. In the middle of beurettes and Asians you will also find a lot of transvestites, so be careful when choosing. Less frequented but qualitative according to aficionados, the Joubert district, Mogador, rue de la victoire will allow you, at the corner of these streets, to meet prostitutes appreciated by connoisseurs.

For those who want to find booty calls without paying

In the end, by reviewing the different prostituted neighborhoods of Paris, we realize that quality is difficult to find, that it is mainly girls in situations of social distress to the worst victim of prostitution networks. We were originally not a fan of the use of prostitutes, needless to say that we have not changed our minds. If you want to make healthy encounters with girls happy to live, free, naughty … in short normal girls, we recommend that you use instead dating sites for consenting adults dedicated to the search for booty call. On sites such as www. PlanCul-Messenger.com or www. JacquieEtMichel-PlanCul.com you can exchange with geolocated girls next to you, by chat or webcam, and looking like you to have fun for a night or a 5 to 7. Registration is free, the free trial plans allow you to enjoy the premium features without paying and, if you are satisfied with the results you can extend the experience for less than 20 € per month, cheaper than a low-end prostitute of marshals. For us there is really no photo.

See: The best sites to find an booty call