Prostitution in Lyon – In which neighborhoods to find whores in Lyon? 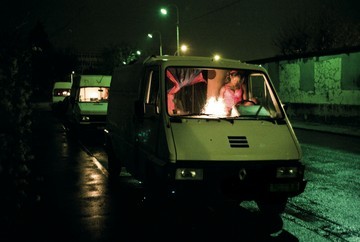 There are only 7 spots available

Lyon, 3rd city of France, is a pole of attraction for prostitutes in the Auvergne Rhône Alpes region. Even if the law penalizing prostitution has made a lot of whores disappear from the rules of Lyon, there are still some streets and neighborhoods where you can find escorts or prostitutes. At your own risk of course because the police regularly raid to limit the visibility of sex work.

Find prostitutes in Lyon between Perrache and Confluence 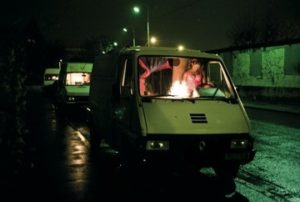 Photo of a whore van in the Gerland district of Lyon

In the 2nd arrondissement, the number of prostitutes fluctuates according to the dismantling of the pimps' networks but there are on average about twenty whores waiting for their customers in the streets that join the confluence and perrache. The prostitutes are rather young and there are both career prostitutes and occasional escorts, sometimes students, who spend there from time to time to finance their studies or their lifestyle.

The whores of the Gérland district

Previously located in the 2nd arrondissement, African prostitution has moved to the 8th arrondissement. Expelled from the Cours Montrochet when the Confluent district became too chic, they found refuge between Gerland and Venissieux.

The industrial zone of Gerland

Those passing through Gerland cannot escape the rows of vans parked next to each other. The police can not escape it either but we have never seen a customer fined by the police. Prostitutes are therefore at home and offer their passes between 30 and 40 €. In the same neighborhood we also see walkers, without a fixed attachment point, rue Saint-Jean-de-Dieu in particular. Their rates are even lower than those of girls in vans, from 20 € the fellatio. Towards the former stadium of Olympique Lyonnais you will find many vans previously located on the other side of the Rhône. Between Rue Saint-Jean-de-Dieu and Boulevard Jules Carteret is the largest area dedicated to prostitution in Lyon. When the police leave the whores alone, customers chain each other from 10 p.m. until late at night. But as soon as the police pass, we witness a flight of birds and the neighborhood becomes empty again. Depending on the police presence you can find plenty of prostitutes or nothing at all.

Vénissieux and Saint Fons, the peripheral prostitution of Lyon

Even if the clients of prostitutes are not prosecuted in Lyon, prostitutes can suffer a form of repression. Between fines for annoying parking, smooth tires or other fanciful pretexts, they may have to take out heavy sums which has pushed some of them into exile in the suburbs of Lyon. In cities such as Vénissieux or Saint Fons there are vans that were once found in Gerland. Rue Jules-Guesde in Saint Fons, prostitutes and rates are generally the same as in Lyon.

The banks of the Rhône for trans whores in Lyon

If you like trans and transvestites, the banks of the Rhône are for you. There are fewer prostitutes than in the neighborhoods above but in more varied genres. On the other hand you will not be able to sleep with on the spot, you will have to move a little before you can consume.

Since the law penalizing the clients of prostitutes, escort ads have replaced street prostitution, especially in Lyon. Sites like 6annonce, Sexemodel or lovesita offer hundreds of escort ads available in incall or outcall in Lyon and the suburbs of Lyon. Customers just have to look for the girl they like and arrange a discreet date away from police eyes. These escort sites are much more glamorous than Gerland or Perrache and are therefore intended to replace street whores.

If you don't feel like outlawing yourself or paying to fuck, booty call sites offer ads of released girls available for sex without a tomorrow. A site like www. JacquieEtMichel-PlanCul.com is very active in Lyon and will allow you to chat with libertines or just naughty girls and find booty calls without taking out your wallet. These sites are therefore at least as successful as escort sites and could quickly compete with them.