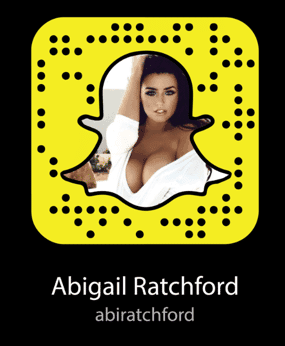 There are only 2 spots available

Abigail Ratchford and her mind-boggling forms

By subscribing to the abiratchford account, you will be amazed. Its shapes do not have much natural but you would have to be damn demanding to make the fine mouth. His fittings in his huge dressing room, his sexy shoots for Maxim, Zoo, Nuts… and his club nights, you won't miss a thing. She posts several times a day and you will have to connect often so you don't miss anything. 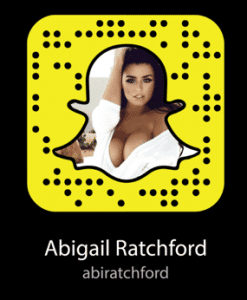 Lindsey Pelas is a bit of a blonde Abigail Ratchford. She posed for playboy before getting her new breasts and now plays a little more on glamour and suggestion. She almost never lets a nipple shine through but her recent snap in transparent lingerie broke all screenshot records. Follow her on the lindseypelas account. 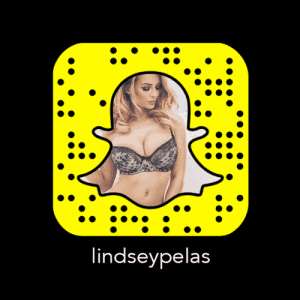 Demi Rose became known by dating Tyga, Kylie Jenner's new sweetheart. Her appearances would drive Kim Kardashian's half-sister crazy with jealousy and there's a lot to it. With her minauderies and her perfect chest, Demi Rose ignites Snapchat with each of her shoots and her noctures outings. You will find it under the pseudonym demirosemawby. 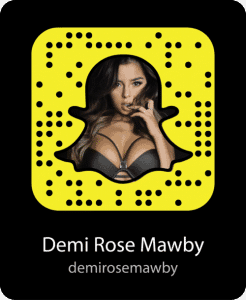 We have already told you about Ariany Celeste by sharing his hottest photos.Star of the UFC rings, she is not really modest and will show you her perfect ass on the most beautiful beaches in the world. Her compteariannyceleste is to be recommended to all fitness girls lovers. 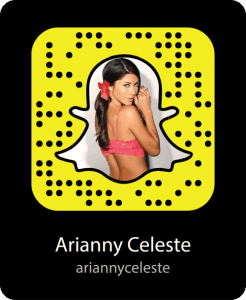 Angie Varona saw her personal photos leaked against her will when she was only 14 years old, which had ruined her adolescence. After retiring from the internet for a long time, she returned to instagram and snapchat and displays, this time voluntarily, her splendid buttocks on the beach, during sports or during her fittings. You can find it at AngiefyfVarona. 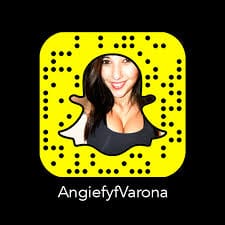 Ana Cheri is a child of the Kim Kardashian generation. Instagram star with her 10 million followers, she appears on snapchat during her training sessions, usually in very tight strings. His snapchat account is anacheri. 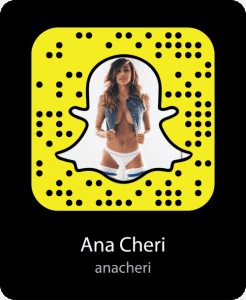 Niykee Heaton is a singer/rapper and business woman. She became known with her songs and mixtape and by rapping in string on stage. On her snapchatniykeeheaton account she promotes the lingerie she has launched and even shows herself topless from time to time. We don't have an opinion on his songs but physically it's a bombshell. 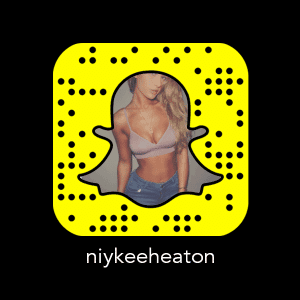 Presented as the new Kate Upton by Playboy, Antje Utgaard represents, despite her Nordic surname, what America does best namely a generous physique and an angelic blonde. You will find it under the pseudonym antje20. 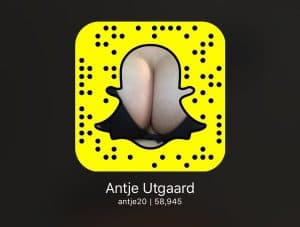 Jen Selter, the most beautiful buttocks in the world

If Jen Selter makes a living by sharing her fitness tips, she has mostly made a name for herself by being identified as the most beautiful ass in the world. If you want to discover this buttocks from every angle and see Jen tone it in a small outfit, add the jenselter account to your snapchat subscriptions. 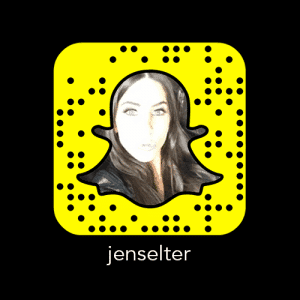 By subscribing to the miss.tinalouise account you will have the right to sexy photos of a model with the perfect body as well as an advertisement for Australia. Very proud of her island, Tina Louise does everything to promote it, in real life by opening shops in the USA dedicated to Australian designers and on Snapchat by making us furiously want to visit the beaches of Oceania. 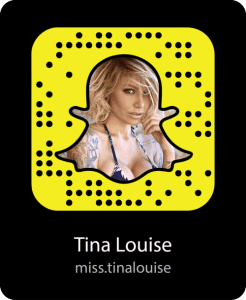 In angletterre, the 4 pages of the tabloids present every day girls with huge breasts and light modesty.Heather Shanholtz is one of those girls. On Snapchat she presents herself without false shyness and you will love to dive into her intimacy even if she may seem vulgar to the most refined of you. You find it under the pseudonym modelheather. 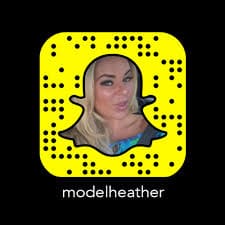